What types of marten guards are available for purchase?

So a marten may climb into your vehicle for two reasons. One is because it is looking for shelter and food, and the other is because it smells a rival. No matter what the reason is for a stone marten to visit your vehicle, as soon as you notice it, you should actively use a marten deterrent in the car.p>

There are basically four types for marten protection on the car. These are:

1. How does the marten defense with ultrasound work on the car?

If the marten repellent with ultrasonic function is selected for the car, high frequency sounds are emitted at over 100 decibels, which are unpleasant for the marten. However, over time, the animals can get used to them and ignore them. For this reason, ultrasonic devices with frequency change are useful, so that the stone martens can not adjust to the sounds. So they are effectively driven away.

Mounting is very simple and quick even for non-professionals. Some ultrasonic devices are connected directly to the car battery, others are powered by their own battery. Meanwhile, the devices are also so well developed that they have a very low power consumption. To achieve the best possible marten protection in the car, it is relevant how large the efficiency of the speaker is. The wider or the larger the engine compartment, the wider should be the angle of radiation of the device. Likewise, attention should be paid to the correct alignment of the marten repellent device. If there is an object in front of the speaker, the sound cannot reach the area behind it and thus provides a protected area where the martens can stay undisturbed. For this reason, you will also find marten scares with ultrasound in our store, which have 2 or more speakers. This can reduce sound shadows.

The disadvantage of ultrasonic devices as a marten deterrent is that other animals such as dogs, cats and birds also perceive these sounds and also find them disturbing. In addition, they are not harmless to humans either. In particular, the hearing of babies and small children can be disturbed by the high-frequency vibrations. Here it is important to pay attention to where the vehicle is located and whether, if necessary, the neighbors are affected. If so, it is better to choose a different method of marten protection in the car.

2. How effective is the marten deterrent in the car with electric shocks?

Another effective method of marten defense in the car is the use of electric shocks. In this case, metal plates are placed in the engine compartment and electrified. If the marten touches one of the platelets and with the other paw a metallic part from the engine compartment, then he receives a light electric shock and goes away from the car. The electric shock is throttled and the device should comply with animal protection regulations. Then nothing can happen to the animal and you do not have to worry about marten damage to the car.

The power supply of these devices is usually regulated by its own button cell. Properly effective is the marten protection with electric shocks, however, only if there are enough metal parts in the engine compartment, which represent the antipole. Nowadays, however, the engine compartment consists more and more of plastic parts, with which the current can not flow. A solution to this is that instead of the metal plates so-called contact brushes are used. These form the plus as well as the minus pole by metal brackets. In large engine compartments in particular, ground mats can be used in addition to the contact brushes to create a larger conductive surface.

It is important, however, if the marten protection is activated in the car, that it switches itself off when the hood is opened. This can be done either on the device itself or by a safety hood switch. Otherwise, you may get electrocuted as well. Likewise, people with a pacemaker should avoid touching the active power plates, contact brushes, etc., as it could have an effect on the pacemaker.

3. How effective is marten repellent with sheathing / sealants?

In addition, there are also variants for marten protection in the car to seal the engine compartment so that the martens no longer find an entrance or to protect sensitive parts. This prevents marten damage from the outset. There are two possible ways:

For the sheathing, the most important cables, wires and hoses are protected with a special hard plastic hose. This is available in slotted corrugated tubes and can not be bitten through by the martens. During installation, however, it is important to ensure that the protective hoses do not come into contact with hot engine parts so that they do not melt. Nor should they chafe anywhere at the ends. If you want to play it safe, have the sheathing done by a shop you trust. However, parts such as the bellows cannot be protected with it, which leaves a certain residual risk.

Alternatively, the engine compartment can be sealed off. However, this is only possible for newer vehicles and only for selected brands. In the bulkheading, certain plates and so-called "bristle curtains" are attached to all openings below the engine compartment. These devices as marten deterrent are model-specific and are carried as car accessories at some car dealers. This prevents the marten from entering the engine compartment at all. This variant is quite effective and animal-friendly. However, with the attachment of the parts may also require modification to the fender. Basically, this variant of marten protection is the most expensive and complex and not possible for every vehicle.

4. How useful is marten repellent in the car with chemical & biological products?

Last but not least, there remain the chemical and biological products that you can buy as marten protection. On the one hand, there are the scent mark removers mostly in spray form. These effectively eliminate already existing marten odors. In addition, there are also anti-marten sprays and scented sticks, which are intended to prevent a marten from entering the vehicle (again) by emitting an unpleasant odor.

The advantage of these products as protection against martens is, they do not require an additional power source and are very inexpensive to obtain. In addition, they can also be conveniently taken on vacation or even to other locations. Likewise, they do not have a negative impact on people and animals. The disadvantage of the sprays is that the effect wears off over time, even more so if it rains a lot. The scent sticks are less susceptible to weather conditions and are thus effective longer as a marten deterrent in the car. Very rarely it can happen that martens get used to the smells, which would mean that the effect is no longer sufficient. However, since it does not happen so often, these chemical products are a good choice for marten repellent.

Alternatively or even in addition to this, a marten defense mat can still be placed underneath the vehicle. Due to the coarse structure, this is a difficult ground for the martens to assess, which prevents them from running over it. Therefore, they then avoid this area and look for another shelter. However, if there are few other options for the animals, some will overcome their shyness and thus get into the car after all. These repellent mats are nevertheless a good addition to the above measures as a marten deterrent in the car.

What manufacturers against marten infestation in the car we have in the range?

For marten protection on the car we rely mainly on two specialists:

These two manufacturers have been successfully established on the market for decades and offer only high-quality and certified products for marten defense in the car. In addition, they are constantly developing their products and bring market innovations to the market. They are constantly adapting their range to technical developments and changes in animal behavior. Care is also taken not to harm the animals, but only to drive them away effectively.

The range of both suppliers can be found almost completely in our store. The first products against martens in the car start at under 10€. An Ultrasound device is already available for less than 20,00€. High voltage devices start from 80,00€. Combinations of both variants start at just over €100.00. 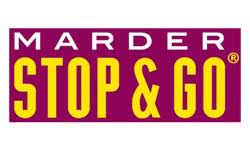 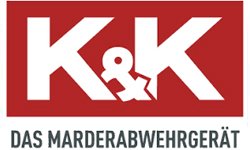 Just choose the right marten deterrent for your car to protect your vehicle sufficiently against marten bites. If you are still unsure which marten protection to buy, you can always contact our customer service.

My cart
added 1x to cart

Marketing cookies are used by third parties or publishers to show personalized advertisements that are appealing to the individual user. They do this by tracking visitors across websites.